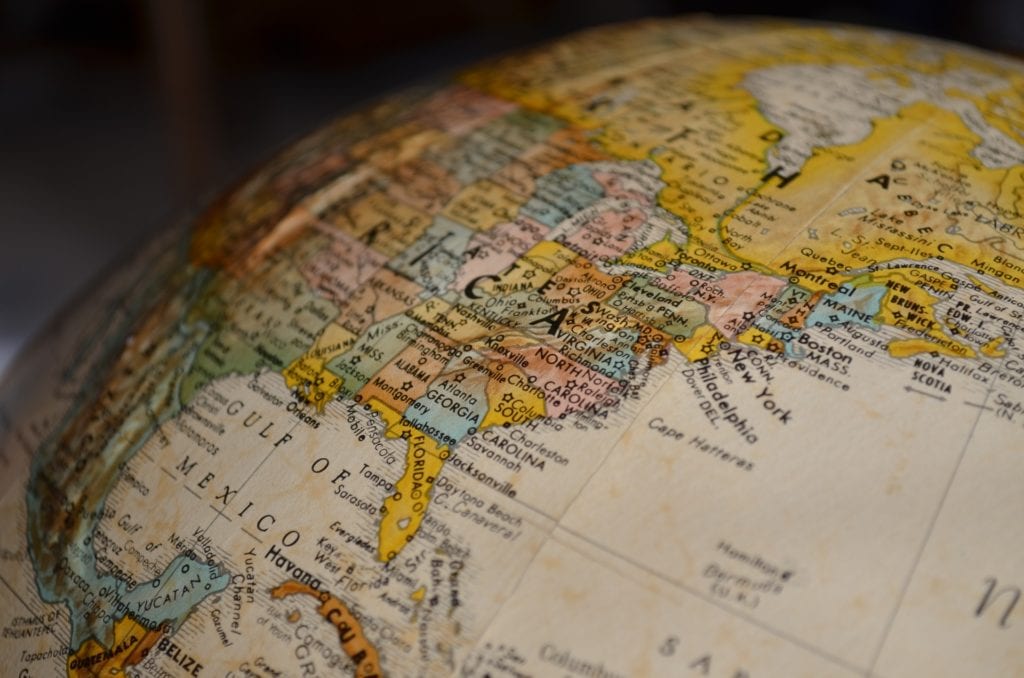 Our gratitude goes out to the men & women of the U.S. Military.

Depo International interviews Ruth McCurdy and her Day Among Heroes.

In honor of Independence Day, Depo International caught up with Ms. Ruth McCurdy, Chief Gratitude Officer of Go-Gratitude (sister company to Depo International) for a special interview about her ‘Day Among Heroes’ in the U.S. National Guard.

You know that old saying… ‘Don’t judge until you’ve walked a day in his shoes?’.  Imagine taking that walk for a day.  If given the opportunity, would you take it?  Would you experience what it is like in a different life?

Her experience was anything but your typical 9-5.

So Fresh So Clean, In Army Green.

The day began at 0500 the morning of Tuesday, June 7, 2016.  Ruth, along with friend Julian, headed out into the Houston, Texas morning.  A mandatory Starbucks visit followed shortly after departure.  While waiting in line with tired eyes at Starbucks, Ruth was complimented on her army olive green shirt.  A lengthy yet brief conversation with the complimentary stranger ensued.

So, where was Ruth headed, you are wondering?  Her final destination was Ft. Polk, Louisiana where she would live a day in the life of a member of the U.S. National Guard.

Ruth arrived with her friend Julian, to Millionnaire Air (near Lake Charles, Louisiana) promptly at 0800 as per instructions, with a concoction of anxiety, nervousness and excitement boiling in her stomach and adrenaline running through her veins.  A half-hour and one safety briefing later and Ruth and Julian found themselves strapped into a Black Hawk helicopter with open doors on each side, taking off for Ft. Polk, Louisiana.  Keep in mind, Ruth is not a fan of heights. Insert Rambo music here.

Rewind.  You may be wondering how (or why) Ruth found herself in this situation.  Here’s the story.

About a month prior, Ruth had been nominated by her employee, Terrance Jeanisse (an active National Guardsman and Civilian employee) to participate in a National Guard program called Boss Lift day.  This program created by the National Guard, invites managers/employers of Soldiers to view first hand what their soldiers are actually doing on their ‘time off’ from their civilian jobs.  Note: It is anything but a vacation, as you will read.

Ruth was aware of the nomination, delighted to participate and honored Terrance thought to nominate her for such an opportunity.  What she didn’t know, was that she had been officially selected to participate and the actual details of what the day would entail.  Up until about a week prior to June 7th, Ruth had thought she would be giving a speech to the members of the National Guard (sounds easy enough, right?).  A phone call from Lt. Colonel Haynes quickly changed all that.

The upcoming day’s briefing by Lt. Colonel Haynes was short and sweet and included nothing less than Black Hawk helicopters, machine guns, hummer rides and more.  Despite this new view, Ruth did not change her tune.  She was ‘In It To Win It’ and ready for anything on the day of June 7th, (as you will see from the Soldier’s postings on her Facebook page).  Yes, ready for anything, including mortar.  You read right, mortar.

Upon landing safely at Ft. Polk (the pilot was on his best behavior), Ruth, Julian and a group of 10 other managers and employers (of which Ruth was the only woman) were escorted to the mortar range for many, many safety briefings and a detailed demonstration before they were allowed to try their hand.  In fact, second in line to try, was Ruth.  Standing at 5″1′, shorter than the actual mortar gun itself, and having to hold the thirty pound mortar shells ABOVE the gun was no easy task.  But you wouldn’t know it by the photos captured by Sergeant Davis.  Note: this particular exercise is extremely precarious and potentially dangerous.  The National Guard ensured that all safety precautions were in place at all times, for if a mortar shell were to drop: ‘We’d all be with Jesus’ as Ruth would say.

Taking a break to refuel and cool off from the already hot Louisiana summer day, Ruth and the group headed to the air-conditioned lunch tents for some grub.  In the tent, middle table, sat a pile of boxes, affectionately known to those in the military (or anyone who has experienced hurricanes, flooding, natural disasters, etc.) as MRE’s.  Meals ready to eat – simply add water, place in a pouch to warm and enjoy!  At a mere 3,500 calories each, you can have your choice of tortellini, fajitas and more.  Those that end up with cheese in the MRE are kings (or queens) at the lunch bartering tables.  Ruth, per the recommendation from Sergeant Davis went with the tortellini – you can’t go wrong with pasta.

After lunch, a brief plaque celebration was held, honoring managers and employers and their support of the Soldier’s commitments in the National Guard.  All managers/employers received a plaque to take with them.  Ruth showcases hers in her home office.  A daily reminder of her Day Among Heroes.

From there, it was off to the field and machine gun range, Ruth’s favorite part of the day.  Here the group was allowed to participate in a Military Operation, meaning: “How they brief the operation to their soldiers.  All of the things they have to think about and plan for and they use the intelligence they get on the enemy to help them with the decision they are making.  Sometimes they have a day, and sometimes they have two hours.  It’s impressive to see what they have to do to get their Soldiers in place and the trust they (Soldiers) have in their leader.  The teamwork and sheer trust was evident as the Soldiers flawlessly executed the practice strategy in real time.

The group then headed to the machine gun range, for their next safety briefing and final exercise of the day.  You know it’s serious when you get suited up with 45 to 90 pound protective vests.  Ruth describes the feeling: “As if my feet were going straight into the ground”.  Anticipation in the group was growing as they saw how the Soldiers were able to shoot on their stomachs.  However, shortly before the group’s turn to practice, the exercise was halted due to a Medi-Vac dispatch (medical personnel dispatched to assist a Soldier).  As a safety precaution, all exercises on the base are halted during this dispatch.  By the time the Medi-Vac dispatch had been cleared, it was time for the group to close out the day and head in.  Of course they did so in typical military fashion – Hummer style (and finally, AC)!

A Day In His Shoes.

One of the most memorable and meaningful experiences for Ruth during her day with the National Guard soldiers, was: “After the day was over, arriving back at Ft. Polk, and having all of our soldiers – including my Soldier Terrance – on the tarmac waiting for us.  It truly touched my heart.  You know that old saying: ‘don’t judge a Soldier unless you’ve walked in his boots’, well, I’ve had the chance and I will be forever grateful”.

This was truly a touching experience for Ruth, and you can tell in talking to her.  Her passion shows as she recounts details about the day and at certain points she even gets a little teary eyed.  On this Independence Day, let’s all give back to our U.S. Military members who sacrifice so much for our everyday freedoms.  A simple “Thank You” can go a long way.

From all of us at Depo International: ‘Thank You” to the men and women who have served and are currently serving in our US Military.