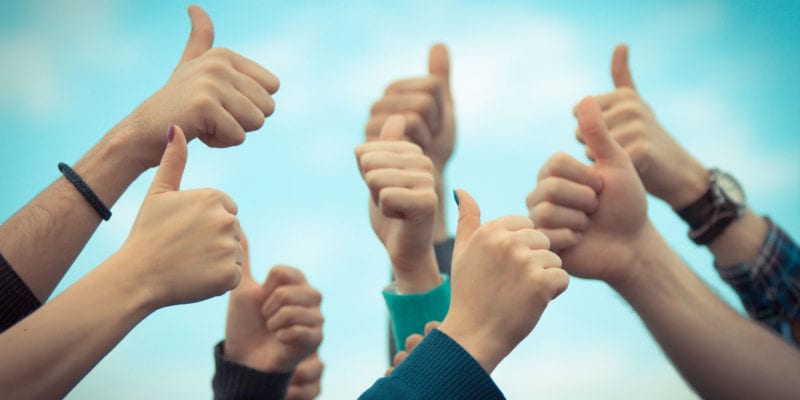 The promotion of Irina VanDePol to Executive Director, comes on her 5-year anniversary with the company and birthday

Irina began her career with Depo International some 5-years ago and could not have imagined at the time, just where the journey would take her.

It began in Las Vegas, October 2011.  Little did Irina know, one encounter would take her on a remarkable 5 year (and counting) journey.

Patricia Carl, CEO of Depo International arrived at 703 S. 8th Street one October day.  Patricia had plans to meet the building’s owner, in the prospects of purchasing the property to expand the reach of Depo International to the Western U.S.  Upon Patricia’s arrival, she was greeted by Irina, who at the time, worked for the building owner.  The meeting was professional and pleasant, and Patricia still recalls thinking: “Wow, I wonder if she would be willing to stay on if the building was sold!” Patricia didn’t have to wait long for an answer.  In meeting with the building owner, he expressed that he had never had a better receptionist in his entire 40-year career of being an attorney and hoped Depo International would be able to employ Irina.

And that is where it all began.

Nothing Out of Reach

From that moment on, Irina became part of the Depo International family.  She started out as a Front Desk receptionist for the building and Depo International’s business in Las Vegas and recollects her thoughts after her first day:

“I honestly didn’t know what to expect, but I was very eager to learn everything I could.  The DI staff was very nice and friendly.  I saw how well everyone worked together and I asked if I could help out in anyway.  The office manager took me up on that offer and let me help with scanning exhibits and putting transcripts together.  I was very excited and wanted to do more.  I started helping out in production and whatever else I could.”

It was her ambition, drive and willingness to learn that led her to a new opportunity only three months into the job.  Still at Depo International, but this time in production.  Irina, with much excitement, accepted the offer.   Working in production Irina began to develop strong bonds with the court reporters that continued to develop as she also began to take on scheduling duties.

Irina never stopped growing within and outside of Depo International.  There seemed to be no limits to what she could learn and no obstacles she couldn’t overcome.  At one point in her career with Depo International, Irina hit a rough patch in her personal life.  It was during this time that Patricia, seeing Irina’s talents and potential quickly stepped in and offered to take Irina under her wing and be her mentor. Patricia has been there and done so ever since.  Overcoming both personal and professional obstacles, Irina gains her inspiration from people that are willing to keep going no matter what life throws at them.

In the years to follow, Irina continued to work very hard to gain experience in each and every department at Depo International including: receptionist, scheduling, scanning and production, marketing and sales and videography.  She helped out in the office wherever and whenever needed.  You may even notice Irina’s and Patricia’s handy work if you stop in the Mock-Courtroom in Las Vegas – the drapes – they sewed them… #superwoman?  Perhaps!

So where does a superwoman go from here?

July 1, 2016, started off like any other birthday for Irina with texts, calls, voicemail’s, and Facebook messages from friends and loved ones.  What Irina may not have been expecting was the opportunity that awaited her upon her arrival to the office that day.  Learning all she could, there was only one position remaining that Irina had not yet had the opportunity to explore.  Executive Director.  So, on her birthday, and 5-year anniversary with the company, Patricia offered Irina an opportunity to take the reigns of the Las Vegas office as Executive Director.

Irina graciously accepted the position.  In her new role, she will oversee all operations at the Depo International Las Vegas regional office.  Admitting she is nervous, excited and a little scared, Irina is looking forward to helping the business grow to its fullest potential.  She describes this opportunity as her favorite, yet:

“Executive Director!  It allows me to oversee the operation of the entire Las Vegas office.  This is something I have worked hard to accomplish over the years at DI.  I took the time to learn every position in the office by starting at the front desk and growing with the business.  I truly appreciate DI seeing my hard work and dedication and giving me this great opportunity.”

Dependable, positive, loyal, honest, extremely bright, motivated and simply amazing – these words used to describe Irina by her peers at Depo International and what has led her to excel in her career.  Regarding the promotion, Patricia Carl states, she: “is so proud to be able to offer her (Irina) this much deserved new assignment, and knows that she will lead the team as brightly as any shining star!”.

Congratulations to Irina on her promotion and future successes.